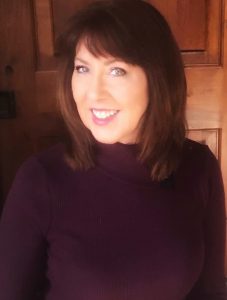 She is best know for her research and writing on the IVF industry, the limitations of reproductive medicine and the personal and social impacts that accompany fertility challenges. Her newest peer-reviewed paper, An IVF Survivor unravels ‘fertility’ industry narratives, will soon be published in a special issue of the Journal of Marketing Management. She recently discussed that paper with Slate and the New Legacy Institute podcast.

London-based Times Higher Education solicited her most recent piece, Universities should not offer the false hope of ‘fertility’ benefits, published in July 2021.

She collaborated in 2020 with a British team to write Bait, Switch and Ditch, which explored definitions of abuse in assisted reproductive technology, published in the Journal of Fertility Counselling. In 2019 she was part of an international team of researchers and academics who published the journal article Do à la carte menus serve infertility patients? It was the basis for her op-ed, which ran December 2019 in the online and print editions of The New York Times titled: The Big IVF Add-on Racket. Her op-ed was later featured by the Center for Health Law Policy, Biotechnology and Bioethics at Harvard Law School.

She is also currently focused on public policy decisions that impact communities and the environment. The San Francisco Chronicle recently published her opinion piece: How to stop Tahoe from turning into the Disneyland of wildfire country. She has also been published several times in the Reno Gazette Journal.

Pamela’s piece The Wild World of IVF, Explained was part of a Marie Claire package nominated for a 2019 Ellies Award by The American Society of Magazine Editors. She was named a Top 10 Health blogger by Time Inc.’s Health Magazine in July 2015. She maintains several blogs and social media accounts. Follow her on Twitter or find her in the news.

Her writing and patient advocacy work is featured in a variety of media outlets including STAT, WIRED, Marie Claire, The New York Times op-ed page, FORTUNE, Biopolitical Times, The New York Times Motherlode Blog, Huffington Post, Seleni Institute, and Medium. Pamela and her blog have been profiled or referenced in The New York Times, REVEAL News, TIME magazine, Women’s eNews, Redbook, The Globe and Mail, The Broad Side, MarketWatch, Forward, Yahoo Life, The American Prospect, Health.com, The NotMom.com and RESOLVE. She is the co-founder of the grassroots initiative ReproTechTruths.org.

In her first book, Silent Sorority, Pamela shared with naked candor, humor and poignancy the unpredictable and emotionally demanding experience of confronting infertility in an era of helicopter parents. Silent Sorority is the antidote to the ‘momoir.’ Her followup ebook, Finally Heard, gives voice to a large but seldom acknowledged population of women reconciling the trauma of failed fertility treatments. Relationships and identity are among the casualties. Her writing raised provocative, often uncomfortable questions usually reserved for late night reflection or anonymous blogging. With raw honesty Pamela drew from her experience to explore the stigma associated with fertility issues and the complex effects of living involuntarily childless.

Pamela first dealt with the confusion and weirdness of infertility privately.  It was only after she and her husband decided they were done being human lab experiments that she began to realize that overcoming unexplained infertility is about much more than making a baby. It’s about coming to terms, when nature and science find their limits, with a life different than one so often taken for granted.

At the same time she was writing Silent Sorority she started her blog Coming2Terms, writing under the alias Pamela Jeanne. Her international readership includes those who have never stepped foot in a fertility clinic, those pursuing fertility treatment, those who became mothers after treatment or adoption, and those, who like her, are building lives without once sought after children.

She earned a B.A. in English Literature at the University of Michigan and an M.A. in Organizational Communication at Wayne State University in Detroit. Pamela spent nearly a decade working in the auto industry before relocating to live and work in Silicon Valley. Now a resident of Nevada, when not writing, Pamela is involved in community projects. She enjoys discussing history, Indie films, documentaries, politics, current events and literature with her family and friends. She can be reached at ptsigdinos (@) yahoo [dot] com.